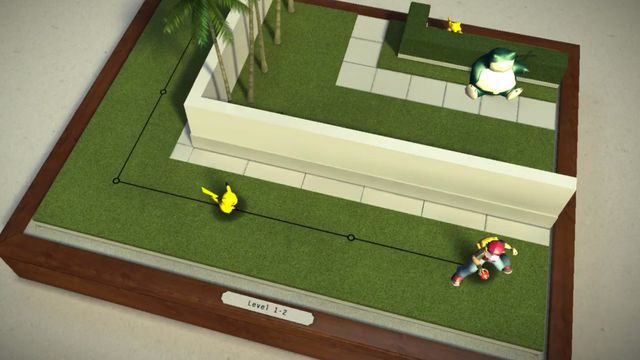 Square Enix Montreal, developer of the Go series of puzzle games, has nothing to do with Pokémon Go. That didn’t stop the studio from sharing its take on the just-released mobile hit, which lets players finally catch Pokémon in the real world.

Below, watch a short clip of one round of Square Enix’s hypothetical Pokémon iteration of its popular Go games. Like Hitman Go, Lara Croft Go and others, it’s a digital board game. The biggest difference is that in this version, there’s a Snorlax.

What’s even better about the tweet is that the man possibly behind it is Teddy Diefenbach, who recently joined Square Enix Montreal after working on the indie game Hyper Light Drifter. That unique action game launched earlier this year, packing in a ton of style and combat. Diefenbach alluded to his part in the gag in a tweet of his own.

Pokémon Go plays nothing like the Square Enix Go series, despite the similar titles. To get a sense of how it all works, consult our guide or read our impressions of the beta. The game’s out now on Android, but iOS users will either have to wait or move to Oceania, where Pokémon Go has fully launched.