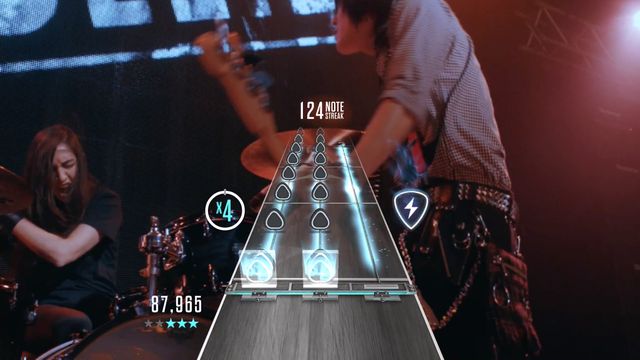 When it launched in October 2015, Guitar Hero TV eschewed paid downloadable content to expand the game’s song library, where songs were made free in a rotation, although some were also accessible through microtransactions. The trade-off is that the song catalog, which Ars Technica notes stands at 484, would only be available as long as Activision supported it. Apparently, the end of their licensing agreements comes in December, so out goes it all.

The Rock Band series, by contrast, has more than 2,000 downloadable content songs spanning a franchise dating to 2007. (Rock Band 4, which launched October 2015, is the latest game.) While they cost money, they can be kept and played even if they’re removed from the online offerings.

For Guitar Hero Live, once Guitar Hero TV closes players will have just the 42 songs that were available on the disc when it launched. Activision’s notice to Guitar Hero Live players mentions that the unlocked Premium Shows content and the iOS version of the game — which has already been pulled from the App Store — will also be nonfunctional as of Dec. 1.

Hero Cash, the in-game currency, is still usable through Nov. 30, 2018, but it, too, is useless as of Dec. 1. Basically, the shutdown means players only have what is on the original console disc.

Guitar Hero Live launched Oct. 20, 2015, on PlayStation 3, PlayStation 4, Wii U, Xbox 360 and Xbox One. Our review scored the game a 9 and praised Guitar Hero TV, saying “there’s so much room for discovery just by channel surfing,” the service. Guitar Hero Live, along with Rock Band 4, briefly rekindled the music gaming genre on the current console generation, after going dormant for the five years following Guitar Hero: Warriors of Rock’s 2010 release.