After half a decade, DayZ heading into ‘beta’ 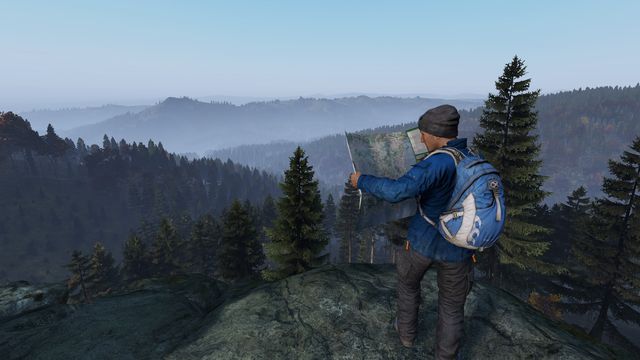 DayZ, the influential multiplayer survival game that debuted in 2012 as a mod for Arma 2, will soon leave early access. The 1.0 release, as the team is calling it, will be based on the latest compilation of the game’s experimental build, a “beta” version of which is now available to the public. The announcement was made in a post by the developers earlier this week.

This, of course, raises the question: What does it mean for a game that’s been in development for the better part of a decade to leave early access? And when will DayZ actually be “finished” in the traditional sense of the word?

In order to even begin that conversation, first we need a bit of a history lesson.

In 2012, Dean “Rocket2Guns” Hall (no relation) was working as a contractor for Bohemia Interactive and participating in the development of games in the Arma franchise of infantry combat simulations. At the time, Hall was on leave from the New Zealand army. The mod that would become DayZ was inspired by an experience he had during joint survival training exercises with the Singaporean military. The goal was to create an online environment where heavily-armed players would be forced to interact with each other during a zombie apocalypse.

The DayZ mod for Arma 2, which Hall created and released as a free download with the permission of developer and publisher Bohemia Interactive (BI), quickly became a sensation. Within months there were over half a million players, prompting BI to spin the game off as its own stand-alone product. Launched as one of Steam’s second wave of big Early Access titles in December 2013, it sold over a million copies in four weeks.

But the development team has since struggled to fulfill the promises it made to devoted fans. The project also increased in scope, adding additional features to an already complex project. Initially, a beta version of the game was expected by the end of 2014. But the already massive map, Chernarus, was expanded. The game engine itself was revamped. Along the way, Hall left the project to form his own studio. His successor, Brian Hicks, also left BI earlier this year.

That’s why this latest update is such a big deal. Despite those hardships, the team is finally following through on their promises to fans. The experimental update is pushing out a bunch of new content that has been on the drawing board for years. That includes things like base building, the ability to tie up and restrain other players, and the opportunity to repair and field new kinds of vehicles inside the massive, 225-square-kilometer game world. They’re putting a stop to the feature creep, and spending the rest of 2018 preparing the game for a stable 1.0 launch.

By January 2019, fans will be finally be playing a stable, feature-complete game.

“With today’s Experimental update,” said the DayZ team in the announcement, referring to the current test version of the game available to the public, “we have released a huge amount of items that were not available in-game before, and while some of their functionality might be bugged, these specific cases will be tackled in the bug fixing, polishing, and balancing push. What’s in the Experimental build now is the list of items we want to hit 1.0 with, and anything else we’ve talked about in the past [five years] will be a post 1.0 content released as free platform updates.”

That means the team at BI is walking away from additional features for now in favor of tuning up what they’ve already put into the game. But they maintain that the team will remain intact, and development will continue with new content and features getting pushed out as free updates in the months and years to come.

“We wrapped up the core technology development,” BI’s Martin Čulák told Polygon via email. “The game has all the key features we needed for the gameplay to be fun, so now we need to stabilize the game with the given feature set and content.”

Čulák said that DayZ 1.0 will also include modding tools, something that the team is very proud of. The game that helped start a revolution in survival multiplayer gaming, the title that in many ways gave rise to the entire battle royale genre, wants its players to be able to refashion the game if they choose to do so — just like Dean Hall did with Arma 2.

But many in the community are still skeptical. And after five long years of suffering through unstable builds, they certainly have every right to be. There are concerns that BI is simply hanging up a “mission accomplished” banner and moving on. But, in the same announcement, the DayZ team stressed that the game will be feature-complete and stable. Most important of all, they’re confident that they can hit the self-imposed Dec. 31 deadline.

“Yes, [otherwise] we wouldn’t have chosen the option to hit the deadline,” the developers wrote. “There is about a month of real development left, and hopefully some you have noticed we have started fixing some really pressing issues in DayZ over the last week as we shuffled our priorities. And that is what deadlines do. They make you think twice about what is really important.”

And, right now at least, polishing the features that are in the game is the most important thing.

So, for the more than 1 million people who purchased an unfinished game that launched onto Steam more than five years ago, and the thousands who came after, the end is finally in sight.