Eevee is getting a Pokémon Tamagotchi 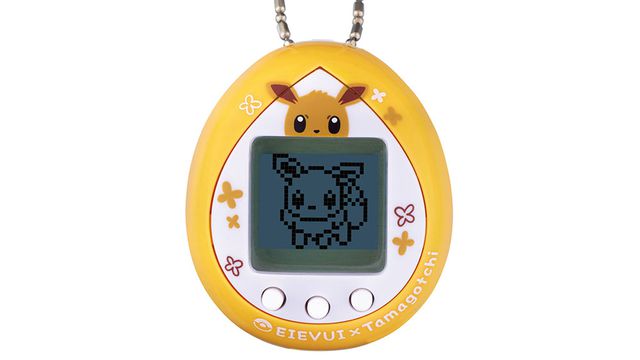 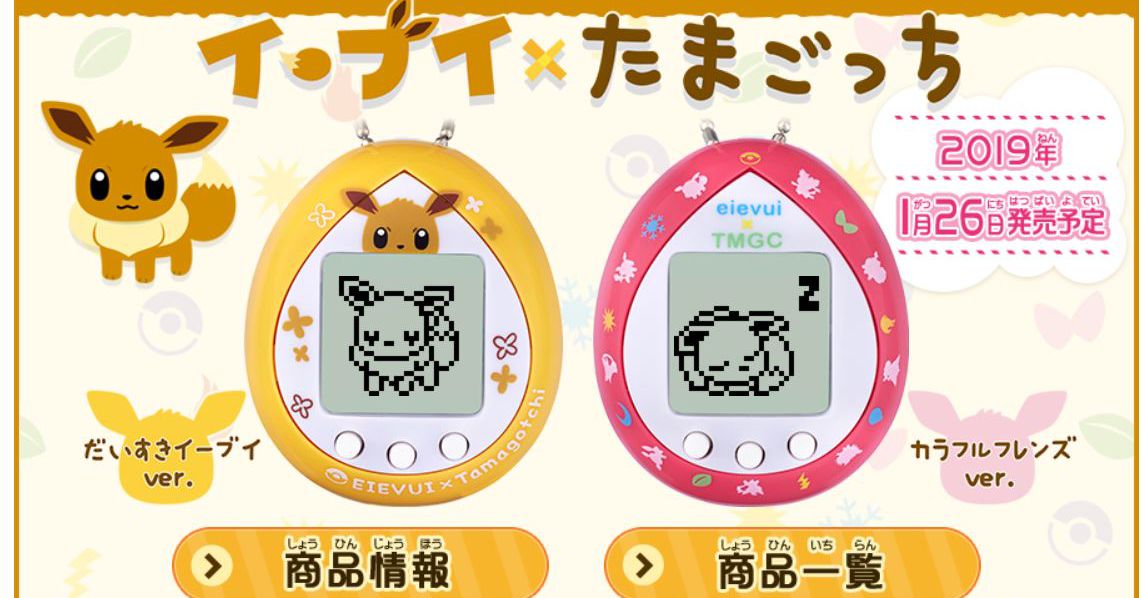 Pokémon and Tamagotchi, the digital pet that spawned a worldwide toy fad in the late ’90s, are coming together. Next year, Eevee will get its own official Tamagotchi, letting Pokémon fans raise an Eevee and evolve it into eight different Eeveelutions.

How you care for your Eevee (and how often you give it attention) will determine whether it will evolve into an Umbreon, Jolteon, Vaporeon or the Pokémon’s other forms. Even the Tamagotchi will come in two forms, with “I love you, Eevee” and “Colorful friends” designs.

Bandai’s Eevee × Tamagotchi toys will be released in Japan on Jan. 26, 2019. Each Tamagotchi will cost 2,300 yen (about $20). More details are available on the Japanese Tamagotchi website.

The original Tamagotchi was released in 1996, and the toy line has since gone on to sell more than 82 million units. Bandai America released a 20th anniversary edition of the toy last year, celebrating its North American release.

Pokémon had a pocket-sized digital pet toy of its own, the Pokémon Pikachu, which looked like a miniaturized, egg-shaped Game Boy. Released in 1998, it functioned as a pedometer, and users walked to generate watts to feed Pikachu in order to play with it and keep their Pokémon happy.

For more on the history of Tamagotchi, check out Polygon’s podcast, The History of Fun.