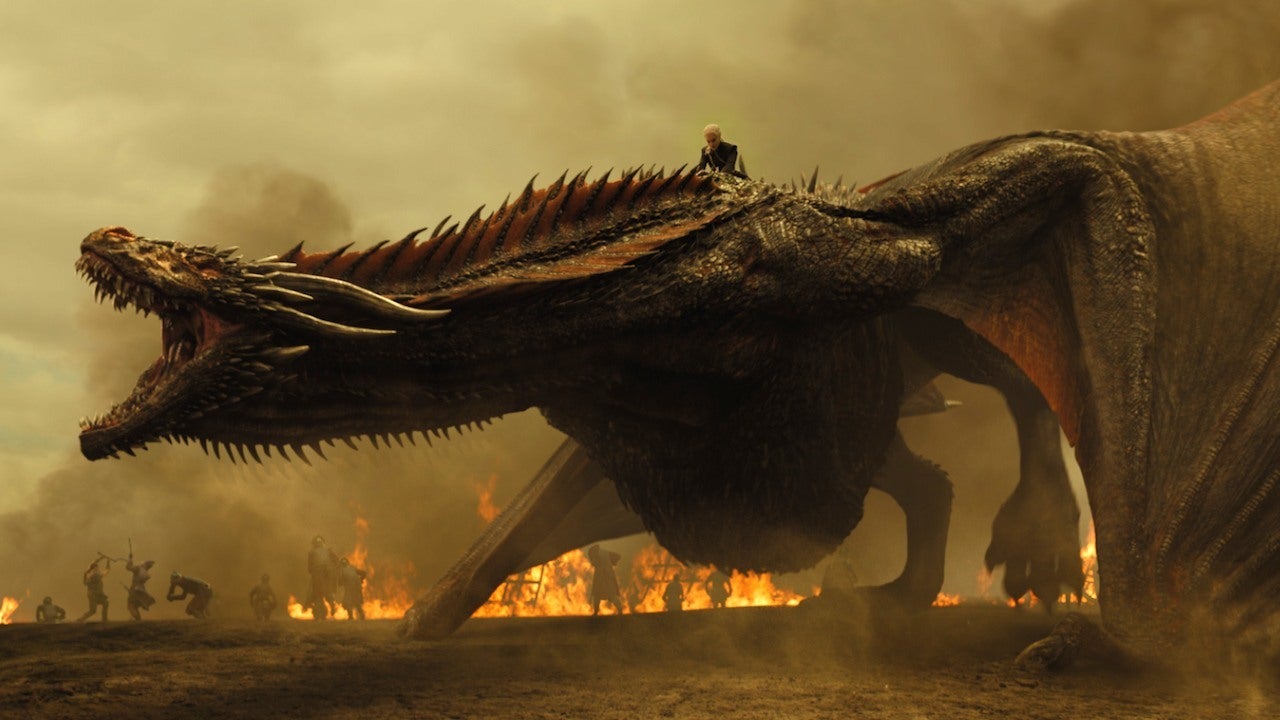 If the Internet is to be believed, Daenerys Stormborn of the House Targaryen, First of Her Name, the Unburnt, Queen of the Andals and the First Men, Khaleesi of the Great Grass Sea, Breaker of Chains, and Mother of Dragons might have some serious soul-searching to do about that last title in particular. A great dragon debate has waged on among fans over Christmas, who finally determined that the so-called “dragons” in Game of Thrones are actually — and more accurately — wyverns.

This debate over the accurate term for the winged beasts in Game of Thrones (and Skyrim) stems from the distinction that a dragon is technically a creature with four legs and two wings, while a wyvern has two legs and two wings, and uses its wings as additional legs. This post from Redditor 4h0y1m4p1r4t3 has over two thousand responses of people both debating the different names of various types of dragon-like creatures, or alternately having their minds blown that the “dragons” in Game of Thrones and Skyrim aren’t actually dragons.

Learning this nearly ruined Skyrim for me. Nearly. from r/gaming

The fifth Elder Scrolls game does have many creatures called “dragons” that you can fight and kill within the game. But as you can see clearly below, this creature does match the description of a wyvern versus that of a dragon:

This semantics debate about which creatures are or aren’t dragons isn’t a new one, especially around Game of Thrones. Nerdist’s Sarah Keartes ran an article/PSA back in 2016 explaining how Daenerys’ children are, technically speaking, also wyvern. See them in flight below:

This visual depiction of dragons in George R.R. Martin’s A Song of Ice and Fire world stems back to the concept art used in the Game of Thrones encyclopedia A World of Ice and Fire. As you can see in this drawing of Aegon the Conqueror riding Balerion the Black Dread, as depicted by Jordi Gonzalez Escamilla, these creatures have two wings and two back legs:

While Redditor Masta-Pasta took to Reddit to shame the many thousands of people sharing this now age-old debate over whether Skyrim and Game of Thrones features dragons or wyverns, they did get one key point wrong in their meme-ery:

I’m here to shame the 40k who upvote wyvern posts. from r/gaming

If you go back to the root of the word, technically a wyvern is not just another name for a dragon. The term “wyvern” descends from the Latin word for “viper”, “adder” or “asp,” according to the Oxford English Dictionary, while “dragon” descends from the Latin term for “huge serpent.” Though similar, these are intended to be distinguished as separate types of creatures, and aren’t synonymous with one another.

Of course, we aren’t dragon scholars, and we are pretty sure the people having this dragon/wyvern debate on the Internet aren’t either. Whether with four legs or two, wyverns and dragons have visually become synonymous in high fantasy movies, TV shows and games, as evidenced by the fact Skyrim and Game of Thrones have no qualms about calling their wyverns “dragons.”

This debate even stems back to The Hobbit, in which Smaug is described as both a “fire drake” and a “dragon,” but in the Peter Jackson movies is depicted like a wyvern:

As Redditor Monsieur_Onion handily posted in a frequently shared graphic, not all dragon-like creatures are made the same. If you ever wanted to know your wyrms from your wyverns from your drakes, this is probably something worth bookmarking:

A guide for the people arguing over dragons from GoT and Skyrim. from r/gaming

What do you make of the great dragon debate? Do you think these creatures should be accurately called “wyverns” if they’re with two legs instead of four, or are you not sweating the difference? Did we miss any pertinent details from this great dragon debate? Let us know in the comments!

Terri Schwartz is Editor-in-Chief of Entertainment at IGN. Talk to her on Twitter at @Terri_Schwartz.