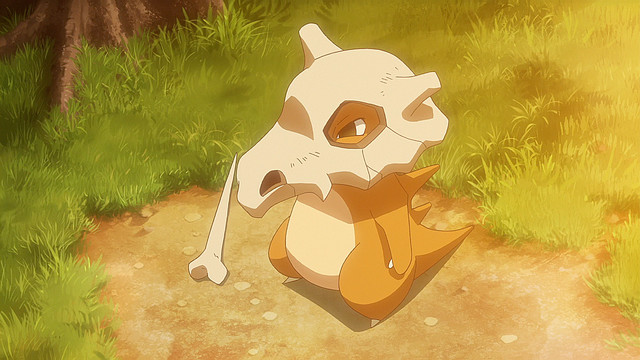 A cavalcade of early Pokémon designs surfaced online this weekend, courtesy of the Pokémon historians at Helix Chamber. As we’ve seen before when fans shared old and scrapped Pokémon design prototypes, there are tons of Pokémon (or “capsule monsters”) in here that clearly inspired the ones we know from Pokémon Red, Blue, and Green — but there are also several surprises, including one that seems to support a long-held fan theory.

Our latest look at another batch of early and unused Pokemon comes from an anonymous source, said Helix Chamber, in a thread about how it acquired these assets. The source wouldn’t pass along the full playable build of a Pokémon Red and Green beta they supposedly had, but they agreed to pass along a ton of assets to the Pokémon fan group. With the help of ROM hackers, Helix Chamber reconstructed the sprites in further detail, from Pokémon, to trainers, to the original Kanto region map.

“Ohmega,” which was a Kaiju-meets-mech a la Mechagodzilla;

And “Weirduck,” which Psyduck could have evolved into before transforming into its canonical evolution, Golduck.

But the bigger finds are a pair nixed monsters called “Guardia” and “Totartle.”

“This is the one we were all very shocked by,” Helix Chamber wrote of Guardia, which resembles a Marowak holding a baby Pokémon. “The common fan theory that Cubone is a baby Kangaskhan came true, in a twisted sort of way; now it seems like they were always meant to be linked together. In the end, Guardia would have become a loving parent to its baby Cubone, maybe even having adopted it (after all, it still has a skull on its head).”

Helix Chamber only has the back-facing sprites in its asset dump, so we can’t say for sure what the front of Guardia looks like — including whether or not it has a pouch like Kangaskhan does. But from the back, it does look like a more adult Cubone:

Fans have long theorized that Cubone, the (very lonely) ground-type Pokémon that evolves into Marowak, is actually Kangaskhan’s baby all-grown-up, donning the skull of its dead mother to hide its tears. There’s never been in-game confirmation or much evidence that this theory is true, but the rejected Guardia design suggests that fans may be right. Cubone might not be Kangaskhan’s baby in the real Pokémon universe, but there is an alternate reality where the two capsule monsters are connected.

As for Totartle, this Pokémon “is, as shown in the evolution list, Wartortle’s true evolution, right where we hypothesized it to be.” It looks far more like Wartortle than Blastoise ever did, based on what we can see from the back — and there is even a separate mini-Blastoise-looking Pokémon in the collection of sprites. It’s possible that Blastoise was reworked into the Squirtle evolutionary line late in development, based on Helix Chamber’s findings.

The rest of what the group has shared so far is amazing to look at, especially the original NPC designs, including a robot-looking dude, the player’s rival and his little brother, and a bratty gym leader. Expect even more to come from this gigantic dig into what is supposedly this never-before-seen version of Pokémon. All of the assets are available in a ZIP file to dig through on your own time.