Everything to know before the Game of Thrones series finale 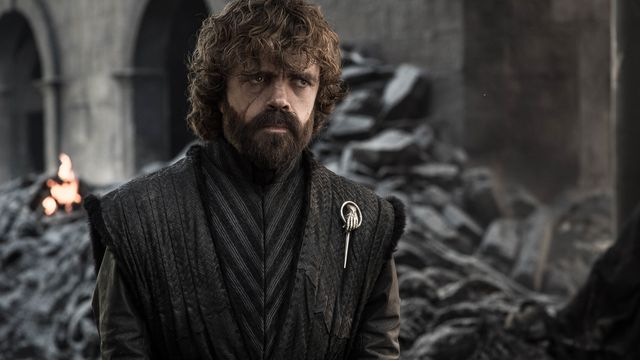 HBO’s epic fantasy saga is coming to an end

The Game of Thrones series finale is finally upon us. After eight seasons and nearly 72 hours of epic storytelling, HBO’s fantasy series is coming to an end, completing the saga that began nearly a decade ago. Who will live and who will die? Jon Snow, Daenerys Targaryen, and the Stark siblings are all around to complicate the drama.

While this isn’t the end for the Song of Ice and Fire — we’ve got two more books and at least one spinoff series on the horizon — it’s the culmination of a massive cultural event and perhaps the last water cooler show we’ll ever watch together.

Season 8 has been a wild, if inconsistent, ride, flipping from lush landscapes to incomprehensible battle scenes and from poignant connections to shocking betrayals (by both the characters and the showrunners). We’re in the endgame now, and pesky things like logic and character growth have mostly been thrown out the window in favor of wrapping up plot points and racing through boss fights.

Here’s what you need to know going into this final episode.

[Ed. note: These next two sections contain spoilers for all of Game of Thrones season 8. If you still need to catch up, scroll down to the last section on how to watch the season premiere.]

What happened in Game of Thrones season 8?

The first few moments of Thrones’ final season mirror the series premiere: The Starks prepare to receive a royal caravan, anxious about what will be asked of them.

Tensions between Daenerys and Sansa are palpable as soon as they meet. While Daenerys shows her strength in the North, Sansa and Arya worry about the hold that the dragon queen has over their brother, Jon Snow.

Only, he’s not their brother. After years of theorizing, Game of Thrones finally confirmed Jon’s parentage last season. He’s not a bastard — he’s the son of Ned Stark’s sister, Lyanna, and Daenerys’ brother Rhaegar, who married in a secret ceremony before Jon was born. Sam lets Jon in on the secret at the end of episode 1, “Winterfell”, and Jon tells Dany in episode 2, “A Knight of the Seven Kingdoms”.

This revelation is a bombshell, but before the implications can be reckoned with, the army of the dead attacks in episode 3, “The Long Night”. It’s a brutal assault but, when all hope seems lost, Arya appears out of nowhere to assassinate the Night King.

The back half of the season 8 deals with the fallout from Jon’s revelation. Daenerys begs him not to tell anyone but, of course, he does. Soon the information spreads from Sansa to Tyrion to Varys. The Spider starts to consider betraying his queen, who he’s concerned is too volatile for the throne.

In the midst of this internal turmoil, Euron Greyjoy’s fleet cuts off the forces returning to Dragonstone in episode 4, “The Last of the Starks”. Qyburn’s scorpion takes out a wounded Rhaegal, leaving Daenerys with one remaining dragon. And Missandei, her closest advisor and friend, is captured during the attack. She’s later killed by the Mountain during a parlay.

In “The Bells”, the penultimate episode and one of the show’s most controversial, a betrayed and grieving Daenerys decides to rule with fear, since she’s lost everyone she loves. She commands Drogon to lay waste to King’s Landing, even after the capitol surrenders. Jaime and Cersei are killed in the assault, along with most of the Lannister army and a huge population of civilians.

What else do I need to remember?

Game of Thrones is a dense show, packed with lore and subtext and random celebrity cameos. All season we’ve been wading through the story, answering questions and breaking down theories about the final six episodes in this epic saga. Here are some of the most important themes still left on the board.

Daenerys evolution from exiled orphan married off in exchange for political favors to Mad Queen burning a city to the ground is a long, complicated road. Many fans were frustrated by what seemed like an unearned heel turn during the battle at King’s Landing, but Game of Thrones has been setting this stage for years. Whether or not the showrunners did justice to her arc, which is rife with sensitivities around women and power and “madness”, is of course up to interpretation. (And Game of Thrones certainly doesn’t have a great track record when it comes to portraying women’s growth.)

While Ned Stark is not actually Jon Snow’s father, the Warden of the North raised him as his own. Jon studied at the feet of a man whose relentless dedication to honor and truth literally got him killed. That dedication is complicated by the fact that Ned lied to Jon about his identity for his whole life, albeit for honorable reasons. Still, Jon’s constant quoting of the Stark patriarch indicates that he took those lessons to heart all the same. That will surely affect how Jon reckons with the fact that Daenerys just massacred an entire city.

Arya and the green eyes

Prophecy plays a big role in Game of Thrones. Stannis’ belief that he was the Prince that Was Promised informed his military choices; Cersei’s paranoia about her children’s foretold deaths caused her to shut everyone else out.

Arya Stark, on the other hand, has never set much store by Melissandre’s prediction that she would permanently shut “brown eyes, blue eyes, green eyes.” As a skilled assassin, Arya has shut many a brown eye. And the Night King’s blue eyes also closed permanently at the hands of the young Stark. But what about those green eyes? Most people assumed the green eyes referred to Cersei, but when Arya had the chance to kill the Lannister queen, she backed away. However, there’s another powerful blonde queen with green eyes in Westeros — one who may very well have recently moved to the top of Arya’s list.

What to expect in the Game of Thrones finale

Despite Daenerys’ insistence that she didn’t want to be “Queen of the ashes”, that’s exactly what the episode 6 teaser teases. The preview is even shorter on details than usual, with Tyrion and Arya slowly treading the razed streets of King’s Landing. Shots of Daenerys’ remaining loyal armies, the Dothraki and the Unsullied, once an inspiring sight, now hit us with an overwhelming sense of dread.

What’s more notable here, though, is what we don’t see — Jon Snow is missing from the trailer, as are Sansa and Bran. Most significantly, we never see Dany’s face. Is she going to lean into the Mad Queen title and truly rule with fear? And will anyone be able to stop her?

Where to watch the Game of Thrones finale

Those who subscribe to HBO through a cable or satellite package can stream Game of Thrones live or on demand via the HBO Go service. The HBO Go app is available on most phones, tablets, smart TVs, and gaming consoles. Check if your device is supported at HBO’s Help Center.

Cord cutters can still watch HBO on the network’s own platform. HBO Now is a stand-alone service, so it doesn’t require a cable subscription or another streaming platform; you stream directly from the HBO Now website or app. A one-week free trial is available — after that, it’s $14.99 per month.

Hulu also offers an HBO add-on for $14.99, which allows live HBO streaming whether or not you subscribe to Hulu’s live TV subscription tier. Subscribing through Hulu, or any other streaming service, also grants access to HBO Now.

Stream Game of Thrones on Hulu.

In addition to the TV shows and movies available free to Prime members, Amazon offers add-on premium subscriptions through the Amazon Channels program. The HBO add-on costs $14.99 per month (the same as HBO Now).

AT&T’s streaming service is the only subscription that includes HBO at its base level, though at $50 per month, it’s the most expensive plan on the market. Because DirecTV Now operates more like a traditional cable package, subscribers have access to HBO Go, rather than HBO Now.