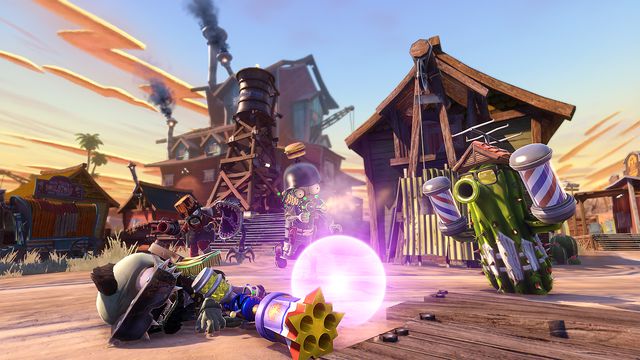 We know a new Plants vs. Zombies game is coming before April 2020, we know it’ll be a shooter from the Garden Warfare segment, and now we have a good idea of its name thanks to a trademark filing.

Electronic Arts received the trademark for “Plants vs. Zombies: Battle for Neighborville” from the European Union’s Intellectual Property Office (according to Gematsu). The rest of the paperwork contains generic information.

Last month, players were invited to a closed alpha test for the PvZ shooter, which is codenamed “Picnic.” That was said to have taken place Aug. 1-6 and featured two gameplay modes.

Plants vs. Zombies: Garden Warfare launched in 2014, and Garden Warfare 2 followed in 2016. The third game will be available for PlayStation 4 and Xbox One.