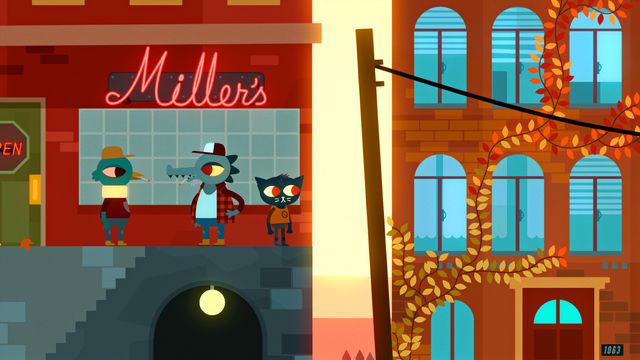 Night in the Woods designer and Infinite Ammo co-founder Alec Holowka has been accused of abuse and sexual assault by independent game developer, author, and comics writer Zoë Quinn. Quinn said in a Twitter post on late Monday night that Holowka isolated them for a month in Winnipeg, Canada, where he sexually assaulted and used abusive language against Quinn.

On Wednesday, the other developers behind Night in the Woods said they were cutting ties with Holowka and canceling an in-development project, among other changes at the studio.

Holowka is critically acclaimed for his work on Night in the Woods, which was released in February 2017. Holowka coded, co-designed, and composed music for the game with Bethany Hockenberry and Scott Benson, and Night in the Woods was published by Finji. The narrative-driven adventure game is beloved for its nuanced depiction of mental health, and Quinn noted fan support of the game in their statement, saying, “I’m afraid that people will care more about their love of Night in the Woods than they will about the safety and truths of women and non-binary people in games.”

Night in the Woods developer Scott Benson acknowledged the accusations on Twitter on Tuesday. “We believe zoe’s account of alec’s actions, we’re very sad and very angry,” he wrote. In a follow-up tweet, he said that “steps are being taken” and the team will “be public” about those steps as soon as they can.

On Wednesday, Benson took to the Night in the Woods Twitter account to offer an extended statement.

“This week, allegations of past abuse have come to light regarding Alec Holowka, who was coder, composer, and co-designer on Night In The Woods,” Benson wrote. “We take such allegations seriously as a team. As a result and after some agonizing consideration, we are cutting ties with Alec.”

Benson later added, “Going forward, Night In The Woods will be handled by Bethany and I. We’re not sure what that all means yet. This stuff takes time.”

Benson said that the team was canceling an unannounced project and postponing a physical release of Night in the Woods from Limited Run Games. An iOS port of the game, “handled by an outside company and supervised by Finji will remain in development,” Benson said.

In light of Quinn’s allegations, publisher Finji said it was canceling an event at PAX West this week to “take the time we need to process and create our next steps as a team, as publishing partners, and as a family.” We’ve reached out to Finji for additional comment on the accusations.

Polygon reached out to Holowka for comment via email and will update if he responds.

Quinn said they came forward about abuse from Holowka after another developer, Nathalie Lawhead, wrote about her alleged sexual assault by The Elder Scrolls composer Jeremy Soule. Soule told Kotaku the “11 year old allegations are false.” Polygon has also reached out to Soule and his agency for comment. Since the allegations, publisher Materia Collective, which was set to publish Soule’s next album, has terminated its working relationship with the composer, it wrote on Twitter. Vocalist Aeralie Brighton has also come forward with sexual harassment allegations against Soule.

Quinn said that Lawhead’s story about “an industry legend who took advantage of her and poisoned her career” felt familiar. The allegations against Holowka and Soule have spurred others to publicly share their own experiences with abuse, harassment, and sexual assault in the game industry across social media.

In their statement, Quinn described being in a vulnerable position, recovering from a separate sexual assault from a month earlier, when Holowka invited them to stay with him in Winnipeg. “I spent a lot of that month hiding from him in the bathroom,” Quinn alleged. “His moods would shift and he’d throw things and hurt himself seemingly at random and blame me.” Quinn described other specific physical abuse in graphic detail.

Quinn said they were scared to talk about the abuse or leave Holowka’s home in Winnipeg. “My roommate started to get scared and asked me if I needed help getting out,” Quinn wrote. “I said yes, and Alec barely looked at me as I left.”

Holowka allegedly “lashed out” at Quinn after they sent a “cordial and friendly break up email” to him after leaving Winnipeg. “He made sure to blacklist me at important industry events,” Quinn said. “He tried to ruin the career I’d barely started. To a degree it worked.”

Around the time of the alleged abuse, Quinn said that they’d heard similar stories from two women in games. “He’d done similar things to them,” Quinn said. “They knew he’d been fixated on me and were also too afraid to speak up about an industry legend.”

Following Quinn’s Twitter post, they wrote that they had received messages from “other people he’s hurt.” Quinn continued: “I had no idea it was so bad. [I’m] so sorry I waited this long to come forward but now whatever happens to me I don’t think I’ll regret it.”