Kickstarter under fire from creators over labor dispute 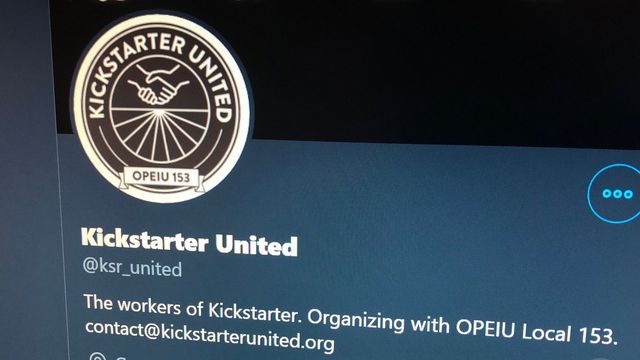 Crowdfunding platform Kickstarter is receiving pressure from creators and backers for what some perceive as anti-union activity. The company denies accusations it is hostile toward its workers. Meanwhile, dozens of creators have signed a letter of support for the employees at Kickstarter. Their fledgling union, called Kickstarter United, is asking for patience at this time.

“All of us organizing with [Kickstarter United] are committed to the mission of Kickstarter,” the union wrote on Twitter late last week, “We are not calling on creators who rely on Kickstarter to abandon live or planned projects.”

Unionzation efforts at Kickstarter went public in March on the same day that Aziz Hasan, head of the design and product teams, assumed the role of interim CEO. They proceeded more or less quietly until this month, when the company terminated two employees, Clarissa Redwine and Taylor Moore. Both were involved in union organizing activities, and both were asked to sign non-disclosure agreements in order to receive severance. Both say they declined.

Office and Professional Employees International Union (OPEIU) Local 153, which represents the employees of Kickstarter United, has filed a formal charge with the National Labor Relations Board related to those firings. Publicly available documents cite an “unlawfully broad non-disparagement clause.”

Charge Against Kickstarter with the National Labor Ralations Board by Local 153, OPEIU by Polygondotcom on Scribd

Redwine was the first to go public with news of her termination. In a series of tweets, she says that she was forced out for “performance issues,” but that she “exceeded all performance metrics” in the most recent quarter. The implication is that her organizing activities were upsetting to management, so they moved to end her employment as efficiently as possible.

Kickstarter itself was quick to counter Redwine’s narrative on the company’s official social media channel.

“Kickstarter’s leadership is committed to protecting our staff’s right to decide if a union is the best path for them. That decision remains in their hands,” Kickstarter tweeted. “In the last 6 months, Kickstarter’s leadership has worked to foster an environment where the right to organize and the rules around that process are followed and respected. We’ll be clear: No Kickstarter employee has been or ever will be fired for union organizing.”

Polygon has reached out to both the Kickstarter Union and Kickstarter management for comment.

Meanwhile, some creators are taking a wait-and-see approach to their next crowdfunding campaign. Tabletop RPG publisher Evil Hat Productions, for instance, is delaying the launch of its 15th campaign to see how things shake out. More than 100 other creators have signed on to a letter from the editorial staff of Current Affairs.

“We call on Kickstarter to respect the unionization effort and and cease all illegal retaliation,” states the letter. “We also ask other Kickstarter project creators to express their solidarity with Kickstarter workers’ union and to condemn the company’s firings.”