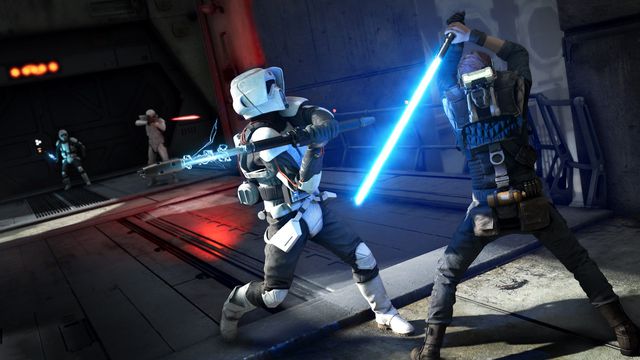 Star Wars Jedi: Fallen Order closed out 2020 as a very pleasant surprise for Electronic Arts, easily beating sales expectations and demonstrating that yes, there is plenty of room for a good old-fashioned single-player narrative in the world of AAA video games.

“Respawn delivered an expertly crafted, high quality experience with outstanding gameplay that thrilled players, made many game of the year lists, and sold beyond our projections for the quarter,” he added.

Respawn had a very strong 2019 overall, delivering Apex Legends as a surprise launch last February. Wilson noted that the third season of the free-to-play battle royale (which started in October) saw an increase in daily active users over the game’s second season (which ran from July to the end of September).

EA’s executives were also eager to tout the strong performance of its FIFA and Madden series, and in a lesser noticed way, Plants vs. Zombies: Battle for Neighborville and Need for Speed Heat (whose midrange reviews are still the series’ best in a console generation).

But getting the exclusive Star Wars license back on track was the point of emphasis, especially as it and Apex Legends smooths over the disappointment from EA’s other AAA sci-fi launch, Anthem. Star Wars Battlefront 2, which launched in 2017, appears to have put its problems well into the rearview mirror after two solid years of post-release content and support, too.

For the coming fiscal year, Jorgensen said the company expects to deliver 12 titles: four sports video games (FIFA 21 and Madden NFL 21 among them), four “from smaller developers,” and four “that draw from the breadth of our IP.”