Fortnite is getting a Party Royale mode, so you can give your guns a rest 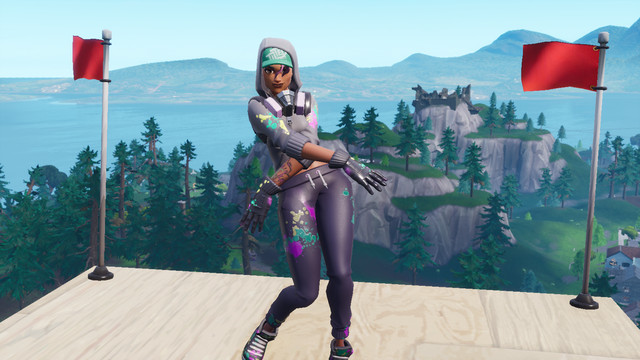 Fortnite data miners have found evidence of a brand new map. The map appears to be part of a new Limited-Time Mode called Party Royale that involves hanging out with friends instead of fighting.

While images of the map came from many of Fortnite’s different sources, some of the most complete previews came from Twitter user Lucas7yoshi, one of Fortnite’s most prolific data miners. According to Lucas7yoshi the map may be called Papaya, and Party Royale might be the mode players play on it.

think this is the party royale pic.twitter.com/GXVM8PAkwz

Lucas7yoshi also found the description for the Party Royale mode: “Welcome to the Party! Leave your weapons and mats behind and hang out with friends, play games, perfect your skydive and more. The party’s just getting started.”

Epic Games confirmed the existence of the new content in a statement to Polygon, saying “Party Royale is a new experimental and evolving space. Leave your weapons and mats behind.”

It sounds like Party Royale won’t involve any fighting at all, and will instead focus on letting players wander around a new island and complete different kinds of activities. It’s possible some of these activities could echo the golf minigame from Fortnite season 5 or any of the other smaller minigames that Epic has created for challenges in the past, though it’s unclear if the mode will involve a new map or not.

loaded more of it

annoyingly the main plaza thing is under the mountain with the wya im loading it pic.twitter.com/difstXQoyK

Fortnite has long found a place for itself in the lives of many players as a social space, just as much as a competitive online multiplayer game.

Just last week during Travis Scott’s in-game Astronomical event, Fortnite reached a new record for concurrent online players. Scott’s in-game event, which involved a giant version of Scott putting on an in-game performance, had no fighting, shooting, or building, and might provide a preview of what this new Party Royale mode could look like — without the 12 story-tall version of Travis Scott, of course.