Command and Conquer Remastered review: A classic gets the treatment it deserves 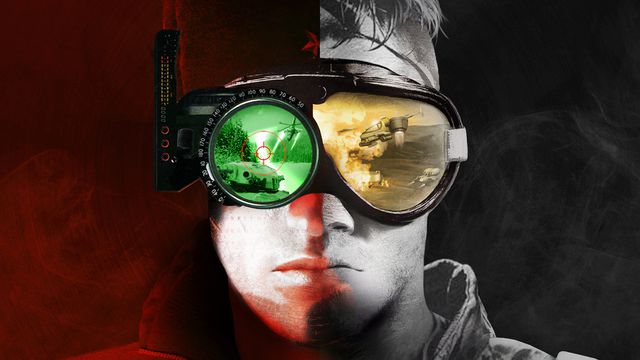 A loving tribute to a genre milestone

The Command and Conquer Remastered package does exactly what it needs to do for fans of the classic real-time strategy game, which is exactly what a classic of this stature deserves.

The play itself is seemingly lifted straight from the originals, using the existing source code from the original releases, and the units and environments have been recreated in 4K so you can actually see what’s going on. Getting into a game or exploring all the content included with the package has never been easier. The good stuff has been protected and made better, while the parts around the core experience have likewise been improved, making even the act of getting ready to play the game much more enjoyable.

The first Command and Conquer game was released in 1995, and arguably solidified many of the ideas and mechanics that we currently take for granted in real-time strategy games. The now-defunct Westwood Studios had already created classic strategy games with the Dune series, but Command and Conquer would be its own creation, starring its own characters in a franchise it controlled.

Today it seems like an older, but still enjoyable game in a well-known genre, but at the time it was a bolt of lightning; turning what had felt like a niche genre into something approachable and flashy enough for the mainstream. If earlier real-time strategy games had been the Pixies, Command and Conquer was the first time Nirvana’s “Smells like Teen Spirit” was played on the radio.

I felt like a tourist as I re-acquainted myself with this world of partly goofy, partly self-serious campaign missions and characters, enjoying something from my youth that has since been tamed and made simple to visit. This remastered collection is a product for people who want to return to these games, but aren’t willing to let go of their high-resolution displays or the expected comforts of a logical menu system.

The game itself can now play in resolutions up to 4K, and the camera can be zoomed in and out when you’re playing with the updated graphics. I was shocked by the difference in detail as I hit the spacebar to switch between both remastered and classic visual modes, and how much more legible battles had become now that I could clearly see the difference between units, even in chaotic battles.

The full-motion video sequences have been upscaled and look fine in general, but there’s something slightly uncanny in the final product that’s hard to describe. Still, it’s not distracting, there’s just something a tiny bit off with how the computer chose to upsample the video files.

This visual upgrade is the most immediately impressive part of the package, but it’s not the only place the ancient release has been refreshed for its aging fans, and perhaps newcomers wanting to know whether their parent’s favorite game stands up.

Everything I knew of the original units and strategies has been retained, but the new multiplayer systems make it much easier to play against other human beings. The updated toolbar on the right-hand side of the screen reduces the annoying amount of scrolling that was once necessary to get anything done, while keeping enough of the original’s feel that it doesn’t seem out of place.

I kept getting the sense that this was the way the games were always meant to be, a second chance to keep the play itself authentic, while not ignoring the past few decades’ worth of UI and user experience innovation.

I’m glad that Command and Conquer finally has easy ways to create and share custom maps, or a mission selection screen where I can see exactly what I’ve played, how it went, and whether I should give it another shot. It’s shocking now to think that the original games had none of these things when they were first released.

We focus so much on how games look and whether their design means they’re fun to play, no matter the year, but it’s easy to forget how much work has been done in gaming when it comes to navigating content, settings, modes, and secrets. It’s not just that so much content has been given a facelift and released at such a reasonable price, but also that this version of the game makes everything so much easier to find and use. It’s all these small touches that make this seem like a visit to the past that can be enjoyed without giving up the expected, modern conveniences of game releases.

Which is helpful, because there’s a lot of stuff to find. There’s remastered music from the original games, as well as 20 tracks that have been completely re-recorded for this release, and unlockable, previously unreleased bonus tracks. That’s already pretty impressive for fans of the music, but the game also comes with a sort of virtual jukebox that lets you make your own playlists of these songs to listen to while playing the game. Do you want the original music? The new music? Some combination? Is there a song you never want to hear again? You can make it happen.

The Nintendo 64 and PlayStation missions that were included in the console version of Tiberian Dawn have been remastered and put in a PC version of the game for the first time in franchise history. You can play those little pieces of history by selecting them in the console missions section of the mission select screen.

There is also a variety of gameplay toggles included so you can mix and match features from the game’s original design with options that modern players may be more used to. Some people may breathe a sigh of relief over finally being able to queue up units, while others may see doing so as heresy.

Another fascinating addition is the bonus gallery, which is filled with behind-the-scenes videos, images, interesting stories or pieces of information, and music to unlock by playing through the campaign. It’s common to see these sorts of areas be filled with bland trivia, but the bonus gallery in Command and Conquer Remastered matches the tone of the rest of the releases, staying lively and fun to use while offering things even die-hard fans may not have seen before.

EA is even releasing this game’s source code, and including support and browsing for user-created mods. Fans will be able to iterate on the game, “fix” things they’ve always wanted to adjust, or just get silly and share their creations with the world. This is going to be a nice shot in the arm for the Command and Conquer community and harkens back to the days when fans had much more control over their games than they do now.

That aspect of this collection is one of the most endearing things about it; so many of these features and updates evoke a sense of genuine joy at being able to take another pass at the game. This feels like an act of love, not corporate enthusiasm. Hell, the whole release is being sold for $19.99; which seems like a ridiculous deal, especially with the lack of microtransactions.

The result is a compilation that’s a joy to experiment with and explore, complete with the ever-present option of switching between the original visuals and the new, higher-resolution version of the game. This is a respectful but surprisingly full-featured dive back into the world of Command and Conquer, and I can only hope EA greenlights this sort of treatment for more of its games.

Command and Conquer Remastered is out now for Windows PC. The game was reviewed using a download code provided by EA. Vox Media has affiliate partnerships. These do not influence editorial content, though Vox Media may earn commissions for products purchased via affiliate links. You can find additional information about Polygon’s ethics policy here.