Gears Tactics started out as a board game, here’s what it looked like 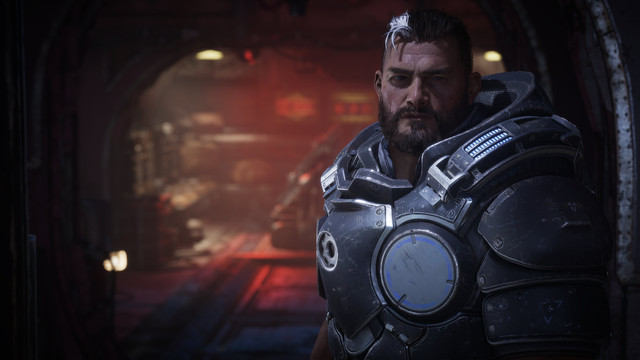 After previewing the first few missions in Gears Tactics, I’m pleasantly surprised. The new turn-based strategy game from Splash Damage is more than just another XCOM clone. It actually feels like a Gears of War game, with all the fluid movement and high-powered weaponry fans have come to expect. But it also feels a lot like a tabletop game. That’s because Gears Tactics actually started out as an elaborate board game.

Polygon talked with associate creative director Steve Venezia, who cobbled together the paper prototype using the office printer way back in 2017, to learn how that work contributed to the final product due out on April 28. More than anything, he said, the early prototype helped his team experiment and take risks in a fun and flexible way.

“We didn’t want to just do Battle Chess but with the Gears logo on it,” Venezia said in a telephone interview with Polygon. “We really wanted to bring Gears of War into the tactics genre, to actually push the genre forward and see what that could bring to us.”

The process began with support from Tyler Bielman, publishing design lead at developer The Coalition. It was Bielman’s job to help translate the design language used to create Gears of War 4 and Gears 5, two games that carried forward the series’ dynamic third-person action.

“Tyler was super useful as a guide through this,” Venezia said, “talking about things like ‘horizontal platforming,’ which is basically how units move from cover to cover.

“We realized when you start to translate that into game mechanics, doing things like giving the player a little bit of extra movement when they slip out of cover and go into another piece of cover,” Venezia explained, “the player feels like they’re kind of cheating the system almost just by reading the environment, trying to deduce where they should move from and to. They’re actually getting that extra movement, and it suddenly feels Gears-y.”

To work through the design, Venezia built a prototype using dice and a large map. Rather than create an entire tabletop campaign, he used a single scenario as an experimental test bed. The cooperative mission required a four-player squad to repair a vehicle while defending it from Locust spawning in from the side of the board and up from underground. Enemies were controlled by AI cards with simple if/then statements, not unlike the rules that guide bosses in co-op tabletop game Kingdom Death: Monster. The team salvaged miniatures from an old copy of Fantasy Flight Games’ Gears of War: The Board Game, first published in 2011, to spice things up.

The final product was played dozens of times by many different members of the team.

“Right away we started learning things there about giving the player objectives that would give them a space to play in, but it could play out very, very differently each time,” Venezia said. “We found different players did different things, and that was super encouraging because we found, even with the same mechanics, even with the same mission type, you can actually encourage quite a lot of replayability if you set the map up just so. […] It was a huge, huge advantage to following that process. And it was a lot of fun as well.”

But, even as the prototype helped solidify how the final game would play, it also demonstrated the limitations of the board game model. To move the game further, the developers began to consider leaving the one-inch grid behind, adopting a gridless movement model common to tactical miniatures games like Warhammer 40,000. The decision was not made lightly, Venezia said, and involved formal presentations by every department either for or against the decision — including game design, technical design, art, user interface design, and even the sound team.

Eventually, Splash Damage pulled the trigger and elected to go without the grid, which introduced myriad edge cases into the mix. Much of Splash Damage’s development time over the next few years would focus on finding and resolving each of those issues in turn.

“We actually made the decision that I think was absolutely the right one,” Venezia said. “But we definitely paid for it in development, which is to go off-grid. When we did that, we realized that you give the players so much more freedom, so much more flexibility, you just feel so much smoother, and it feels so much more like you’re playing a Gears game.

“Looking back at it now, I just can’t imagine why we spent so long talking about it. I think it would have been crazy to put the game on a grid.”

Gears Tactics comes out on April 28 for Windows PC via Steam, the Windows 10 app store, and via Xbox Game Pass for PC.